This is part of a short piece I used as a pre-semester reading when I was co-teaching a seminary theology 101 course. The sections on theology are here and here, the first on creeds is here, and the last will hit Friday. 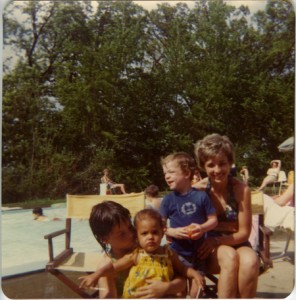 Each creed is a snapshot of a turning point and the period in which it was written. Who was involved? What did they they think? Why did they think it? And just like a snapshot, though the people in it may have tried to get themselves together and pose before the click of the camera, someone will be blinking or looking away. Furthermore, as many pictures from family functions can attest, not everyone has a good time at the reunion.

The study of creeds is the study of a collision of social history, theology, and polity. They record the outcomes of each collision, the results of an intersection of attempts to more clearly name aspects of the Divine and the human frailties which sometimes sought to gain advantage in the process. By studying creeds we get to see how theologians have crafted language to articulate their sense of things and we are given the opportunity to see what circumstances beyond the creeds themselves may have influenced that language. We sharpen our own skills of articulation and acquire the grammar and vocabulary of our tradition in the hope that we become fluent enough to authentically appropriate that which is life-giving and employ it as best we might in our own context(s).

As we immerse ourselves in the language and patterns of tradition we can learn to navigate our own situations, traveling down similar paths to those who crafted the creeds we can read, but in a new day and place. What's more, our day and place has been indelibly marked by that very same language and formed by those very same traditions: the creeds are our history as Christians. We study them as markers of schisms, splits, and decisions, to immerse ourselves in the nitty-gritty of belief and profession. Not as detached observers of clean, historical documents, but as the descendents in faith of those captured by the flash.

Why Creeds? Because part of our work is to determine what we believe and how to live in light of that belief, and the creeds are part of the living tradition of which we are still a part. They are very much a historical “theological map,” and though old maps are not likely to meet our needs in the present entirely, it would be foolish to throw them all away for want of something new.